Strings are ordered lists of characters, whether they be letters, numbers, spaces, or special characters.

Individual elements in a string can be accessed like an index in an array. This has been referred to in other places as slicing and subscripting. 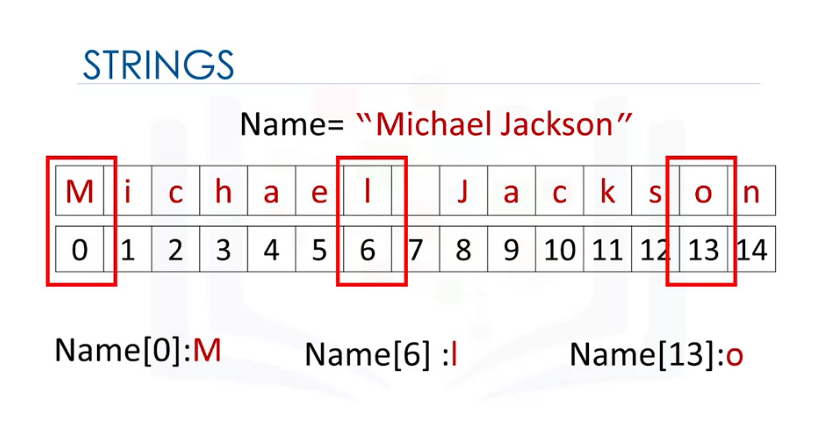 While we can access invidual elements going forward from zero, we can use negative indexing going backward from -1 at the last position to access each element as well. 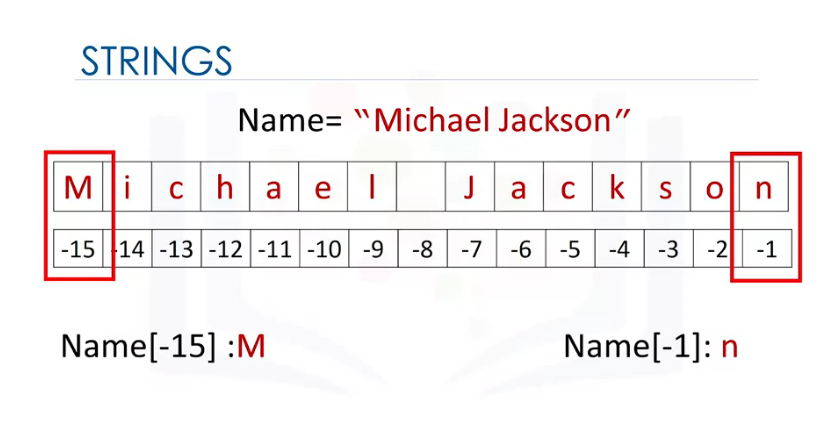 You can also step through the elements of the string at a certain number of elements per stride. 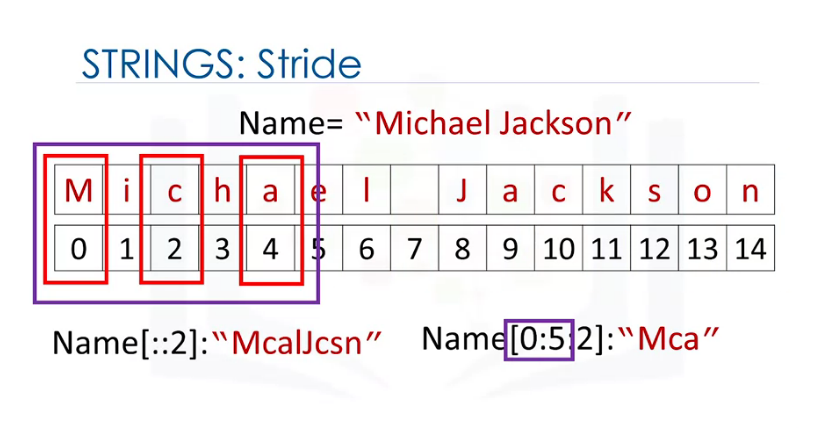 Placing an r in front of a string in a print statement automatically escapes the string.

So when I call string_var.upper(), I need to assign the value to a new variable, I can't just do it "in place."

To see links, go up to node [[python-string-operations]].